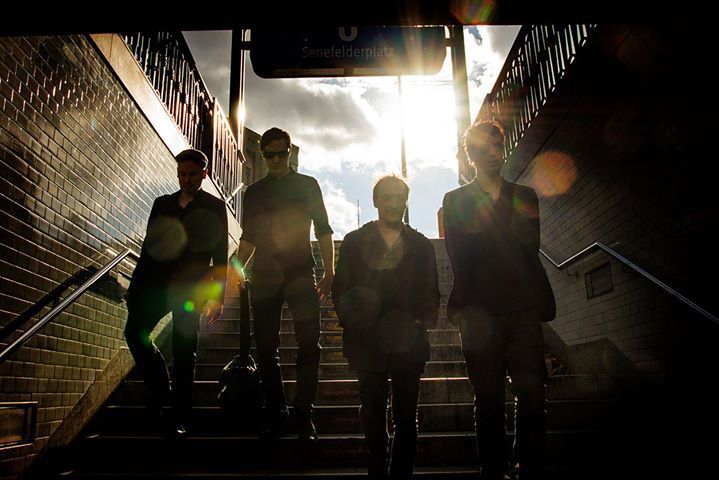 A NIght in Berlin w. Wichswut

"We are living in a new era of post-punk. bleak, psychedelic-blues mirroring the despondent times we live in. And nothing is darker than the Berlin winter. Cue Wichswut, a band of krautrock, psych-driven noise, perpetually making music for the Armageddon from deep inside their Berlin bunker. Having just released their self-titled EP, a record of dystopic electronics, penetrating guitar heaviness, with a claustrophobic eeriness about it. Wichswut are just part of the latest wave of Berlin new wave bands; artists distorting the conventional music timeline, converging the past, future and hopelessness that has become our future. Consisting of Lucian Busse on bass, Lars Deutrich on drums, Sascha Niemann on guitar, and the low growlings of vocalist Eddie Chebbi, Wichswut’s reputation has largely been built on their live performances. An extension of their experimental arm, Wichswut’s shows squeal with synthesized distortion, overwhelming audiences with a mountain of noise. It’s a real ‘assault in the dark’, as described by the band themselves. The dark, moody, and aggressive music, defined by their recordings, is the perfect soundtrack for Berlin – a city looking to find its dirty-fashioned, rock music underground. By honouring the likes of Reed, and Bowie, while staying true to their German, psych-kraut roots, Wichswut are truly a new pedigree that within no time at all, will surely be compared to the global post-punk talents such as Eagulls or Girl Band. Here’s to a world of no hope. No future. And great music."