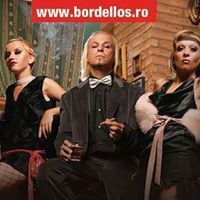 A night with Olly de Quartz

The band Olly de Quartz based in Amsterdam/Netherlands was founded in 2004 and has been entertaining internationally since 2007 all around Europe (Nederland, Belgium, France, Germany, Norway, Austria, Switzerland, Spain, Portugal).
A rock band with a stage presence of over-flowing personality, they have an impressive playlist of covers and original songs, being called the "Party starters" and the Best Benelux cover-band!
After the Catalunya Summer Tour 2015, in August they started touring in Romania to promote their album "Amsterdam Experiment".

In previous years the band has recorded 4 albums:
- The first one called "UNU" was created in 2006. This album proved to be a musical bonding experience and a future of stage entertainment began to unfold!
- The second album from Olly De Quartz was compiled through shared inspiration for the city in which they are currently based and was rewarded with its name "Amsterdam". This album was recorded in 2008 and it gained the well deserved attention and credit which the band craved for at the time.
- The 3rd album " Quartz Christmas" was born through the unique idea of Christmas cover songs with an edge for their love of the festive season.
- In 2010 was released the "Montelbaanstoren" EP, inspired by the story of the tower with the same name, one of the Amsterdam's attractions.

It’s always best to book your table in advance, for reservations as always call 0748 881 085 or mail us at rezervari@bordellos.ro.