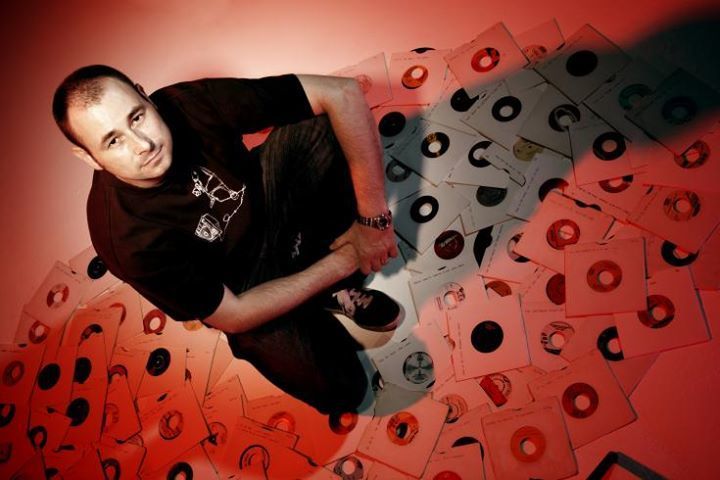 As part of the WEEK OF THE VINYL Festival, Centru is proud to present the living legend Andy Smith & Romania’s No. 1 Vinyl Aficionado, UFe!

Rockabilly, Soul, Funk, Classic HipHop and all that makes you go wrrruummm ! ( Thats the noise of a vintage sports car )

Entrance 20 Ron before
30 Ron at the door

+++ DJ Andy Smith
23 January 1967, Thornbury, Bristol, Avon, England. Smith made his name on the UK music scene in the mid-90s as the official tour DJ for the Bristol-based trip-hop act Portishead. The response to his opening sets for that band prompted Smith’s decision to release his own mix album in 1998. The highly praised The Document appeared on the Go! Beat Records label, and its popularity within the house and hip-hop fraternity helped give Smith a great profile boost. The list of records on the album seemed absolutely bizarre from Tom Jones to Jeru The Damaja, but with seamless mixing and top-drawer cutting and scratching Smith fashioned one of the year’s finest mix releases. Further work with Portishead was balanced with an increasingly hectic schedule as an international DJ, but in the new millennium Smith found the time to launch Dynamo Productions with Scott Hendy of the hip-hop outfit Boca 45. The duo issued a number of 12-inch singles before debuting with Analogue in early 2003. Shortly afterwards, Smith released his second mix set (inventively titled The Document II). The album continued in the eclectic vein of its predecessor, beginning with a Kate Bush track and moving through Serge Gainsbourg, the Ultramagnetic MC’s and Barbara Acklin. One of the least pretentious DJs on the UK music scene, Smith educates and rocks the party out at the same time.

UFe manifests himself as an explosion of diverse musical influences and genres that create a unique style which resists easy categorization. From the ancestral rhythms of Africa and the tropical sounds of Latin America, to the jazz and funk breaks that made the foundation of hip hop, plus some of the electronic music currently enjoying a vogue, many elements have helped shape his style into an admirably eclectic music.

UFe is also an accomplished producer, experiments with percussion and is currenly involved in live projects such as Kosmic Blues.