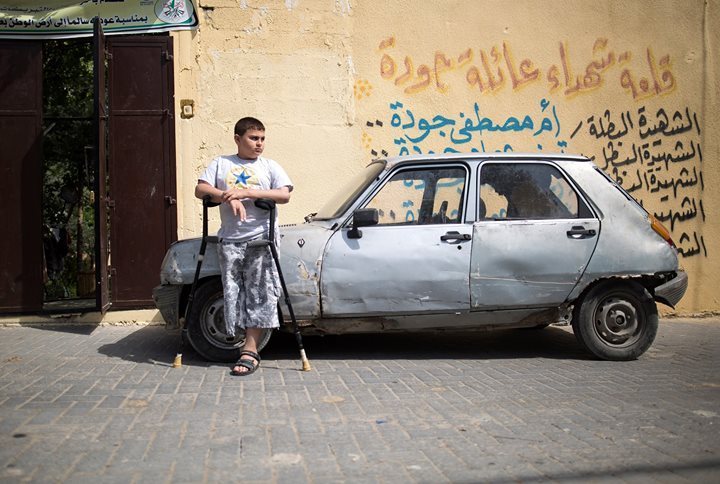 My name is Nidal Rohmi, but everyone knows me Sameh, im a Palestinian photographer was born in Lebanon in 1986, have a bachelor degree in Media and Communication from University of Palestine in 2016, and a diploma in Design and Management from Al-Azhar University in 2006.

I have started as a freelance photographer right after I graduated from college because I needed to develop my skills in photography. My actual job began in December 2008 when Gaza went under attack during the Operation Cast Lead, I had to choose back then between starting working and take pictures to cover all what was happening here or do nothing and just go back home; fortunately I had decided to go to Al-Shifa Hospital where I witnessed dead bodies and injured people everywhere, I went to streets as well, to take photos to people, cities, and camps in Gaza to cover all the causalities and where blockade on Gaza has got people to, that encouraged and inspired me to study Media and Communication at the University of Palestine.

I had my first photo exhibition as a graduation project where I displayed series of photos I took. During my career with local and international media agencies, I was nominated to participate in a training course called Visual Storytelling Photography Workshop was in corporation with International Press Association and Rawiya Collective for photographing in 2016; being a member of this training has taught me a lot especially from the trainer Laura Boshnaq and Tamara Abdel Hadi. I have build good work relationships that resulted in promoting my professional career in doing documentary stories regarding to critical issues in Gaza.

In recent time, I am no longer a beginner photographer, camera has been my way to capture a moment and let people around the world share it forever and help them to see the truth. It has given me the opportunity to get to know photographers from the international world which enabled me to visit Italy for a cultural exchange in 2012.