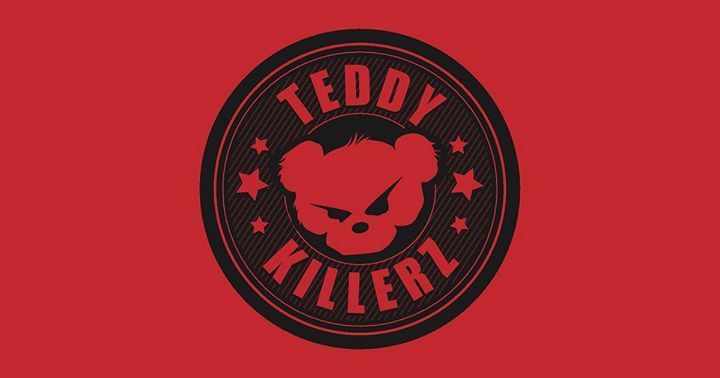 Unstoppable Russian trio Teddy Killerz can boast one of the most exciting rises to success in recent electronic music history. Launching on Bad Taste Recordings in 2012, they've gone on to appear on respected labels as diverse as OWSLA and Ram Records. Successfully nailing every sound they explore - from glitch to electro to brutal drum & bass - their ability to conjure a frenzy with all types of crowds is mindblowing. Their recent remix of I Am Legion's "MakeThose Move" has been #1 on the drum & bass Beatport charts for three 3 weeks and counting.

The group also have a spate of other top 10 hits on various other charts, spanning numerous genres of dance music.The act also reached #1 on the Billboard "Next Big Sound Chart” in late 2013. Their YouTube hits are already in the millions and rising quickly! The group is made up of the Russian-Ukrainian trio consisting of duo Place 2B (Ekaterinburg), Paimon (Zaporozhye) and the final recruit, Garud (Rostov-on-Don). The trio kick-started their career by being chosen as Skrillex’s "Honorable Pick” in the Damian Marley and Skrillex "Make It Bun Dem" remix competition for the highly acclaimed OWSLA label. Skrillex himself chose Teddy Killerz's tune as his “personal favourite” on Beatport. The tune caused such a stir that it saw the trio signing a deal with OWSLA as a result. In a short two years period the trio have already released on Division, Program, Par Excellence and OWSLA to name a few.

The group has also collaborated with heavy-weight artists such as Modestep, Dope DOD, Skrillex, I Am Legion and a host of other artists in various genres. Their prowess, ability and versatility have seen the trio sign a deal with the mighty RAM Records. Working in a variety of styles of bass music the band has received support from many influential bass music artists including Chase & Status, 12th Planet, Modestep, Noisia, Knife Party, Andy C (who featured their tunes on his Nightlife Mixes), amongst many others. To add to this list, Calyx and Teebee featured four Teddy Killerz tracks on their recent Fabric Live mix. Praised by the largest radio DJs and magazines including BBC Radio 1, Kiss FM & XFM, Crissy Criss had the Killerz do an exclusive mix for his BBC 1Xtra show and K- Mag have featured multiple releases. OWSLA asked the trio do two exclusive mixes for the "OWSLA presents" series.

Teddy Killerz have played at the biggest bass music nights around Russia and Europe and their touring schedule is booking up fast. From RAM nights at Fabric to the Let It Roll sessions to World Of Drum & Bass and Bassland (Russia’s largest bass parties) Teddy Killerz have shared stages with some of the world’s biggest bass music artists including: Andy C, Pendulum, Modestep, UZ, I Am Legion, Wilkinson, Koan Sound, Calyx & Teebee, & TC. You can be sure that the shows are getting bigger, harder, and more coveted.

More info to be announced.