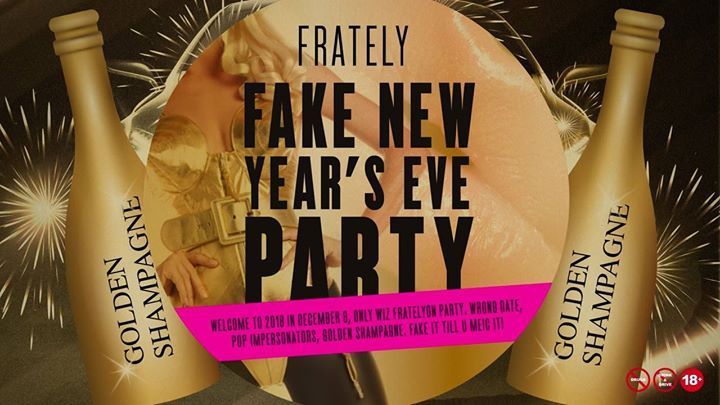 You know what they say: fake it till you make it. At Frately, we fake it until we make it even better.

Let’s be the early champagne poppers. Let’s dance and pretend to make resolutions – nobody respects them anyway.
Michael, Madonna and superstar stellar performances all night long? You got it! They’re fake, but they shine even brighter!

We’re waiting for you with a fresh glass of shampagne at our Fake New Year’s Eve 2018! And please, don’t forget to wear your Dolce&Bananas!