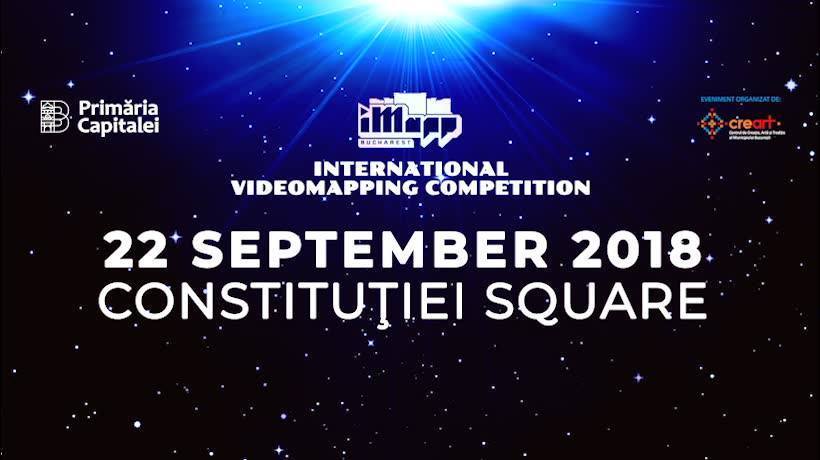 iMapp Bucharest features in Bucharest for the fifth year consecutively the best multimedia artists in the world, who will present their works on the façade of the Parliament Palace according to the theme chosen for this edition, which is dedicated to the Centenary of the Great Union: Blue. Yellow. Red. A Century of Modern Romania.

For the first time in the history of the festival, 10 international teams have been chosen to participate in the contest on September 22, 2018 in response to an Open Call launched in May, 2018. The teams have been challenged to create works using the colours of the Romanian national flag, events and important figures belonging to the Romanian history, with a focus on an artistic perspective rather than on a documentary one. Teams from Russia, Germany, Spain, France, Canada, Belgium, Ukraine, Hungary, China, Mexico, Thailand, Columbia, Bulgaria, Italy, Austria, England, Portugal, Poland, and India registered for the competition.

The 10 finalist teams to present their works at iMapp Bucharest 2018 are: Sila Sveta from Russia, Go2 Productions from Canada, LosRomeras and OTUCINEMA from Spain, NullPixel from Mexico, SKGMEDIA from China, United Motion Labs from Austria, Mindscape Studio from Romania, OCUBO from Portugal, ArtZebs from Ukraine, and Vision Impossible from Netherlands.