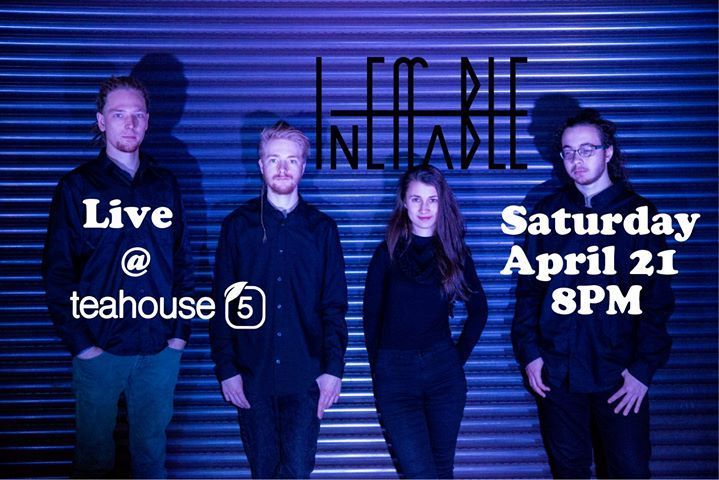 On Saturday evening, April 21st at 8PM, Teahouse 5 is excited to present INEFFABLE, a young and talented jazz quartet:

"The band Ineffable was formed in the summer of 2016, originally as a trio consisting of pupils from the High School of Arts „Nagy István” in Miercurea Ciuc. After several gigs at local pubs and bars, they already had a small tour in the nearer towns, promoting the International Jazz Festival „Csíki Jazz”, and they also played at the reception of the famous jazz musician Richard Bona. In February 2018, the band had their first performance broadcasted live in the show of the Radio Târgu Mureș, „Kotta”. Their repertoire consists of fusion jazz covers, jazz standards and also original songs."

7PM: Get comfortable in our garden and Arabic tea tent, have a drink and meet everyone