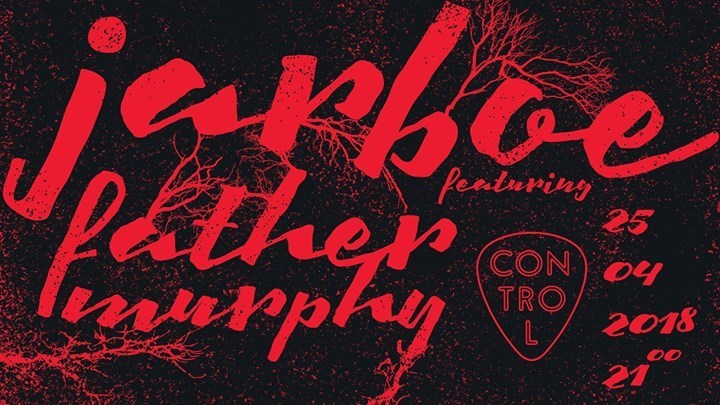 Jarboe has always made collaboration an essential part of her work. Especially after ending her seminal period with the Swans, the great singer and songwriter – one of the most crucially influential for experimental music as a whole – has shape-shifted, adapted and explored new paths through joining forces with a plethora of other artists, all of them as different and often as forward-thinking as herself. Neurosis, Byla, Justin K. Broadrick, Kris Force and Helen Money have all paired up with the American artist, producing works that still tower as completely unique entities today.

In 2017, Jarboe has turned her attention to the shadowy Italian duo Father Murphy, and it’s a collaboration that has been deeply fruitful so far. Describing themselves as “the sound of the Catholic sense of Guilt. A downward spiral aiming at the bottom of the hollow, and then digging even deeper,”

Father Murphy have been tinkering with their own dark mix of psychedelia, drone and grey chamber pop for over a decade now, and it is easy to see how this has all the makings of a winning team.

It’s easy to hear it, too – although the self-titled EP Jarboe & Father Murphy (out on Consouling sounds) put out together is only two songs and ten minutes long, it may well feel like days have gone by once you plunge into its sonic labyrinths.

Father Murphy will step out on stage first and set the mood with their creepy and enveloping aural tapestries, after which Jarboe, in all her glory, will join them to perform those songs. After that, the trio will perform a selection of some of the most powerful moments of the singer’s career so far, from albums as iconic as Anhedoniac, Indemnity 2 or Mahakali.

“The pairing have managed to create so much in just two songs and their contributions work together so fluidly that it feels as though this is a single creative mind at work opposed to two separate musical entities. A truly compelling listen.” - AVE NOCTUM