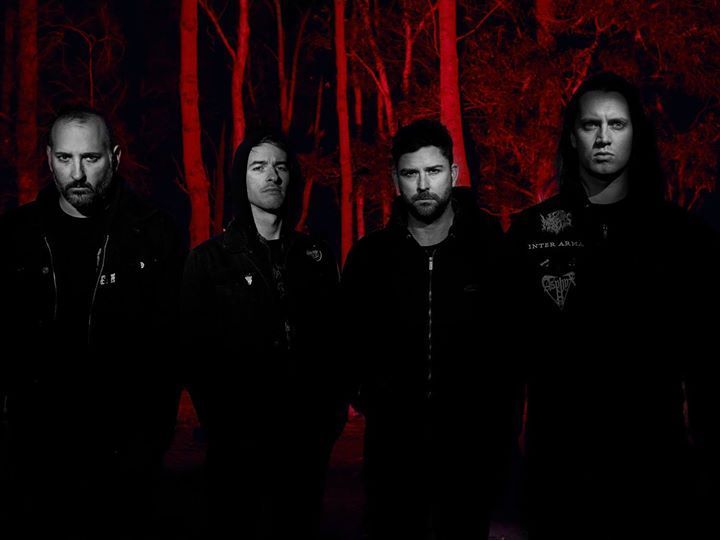 Lo! are a heavy quartet from Sydney, Australia for fans of Breach, Old Man Gloom, Converge, etc.
Akin to the way a volcano can lie dormant for years before unexpectedly unleashing it’s mighty wrath on everything within reach, Sydney band Lo! kept a pretty low profile, until their thunderous debut in 2010.
Conceived in 2006 by guitarist Carl Whitbread after the disbanding of his previous band Omerata, Lo! is made up of four “old hands” of the Sydney music scene. Adrian Shapiro on bass, Adrian Griffin on drums and Sam Dillon is the man delivering the militant vocal assault that has heads talking.
Lo! toured Europe in 2013 supporting Swedish band Cult of Luna and Germans The Ocean. They also played slots on the incredible Roadburn in Holland, Asymmetry Festival in Poland and Impetus Festival in France.
In Australia, Lo! have shared the stage with countless amazing local bands across the country and have supported internationals such as Doomriders, Russian Circles, Eyehategod, Burning Love, The Ocean, In Flames, Trivium, Torche, Red Fang, High on Fire and Palm to name some.
Word travels fast, and the band’s cleverly crafted, sludge-inspired metal found it’s way to Germany and into the ears of Pelagic Records owner Robin Staps, who was quick to offer the band a deal. Early reviews coming out of Europe suggest that although Lo! follow bands like Old Man Gloom on their path down the dirt-trail of sludgy, noisy hardcore, the band has their own distinct, and fresh direction.