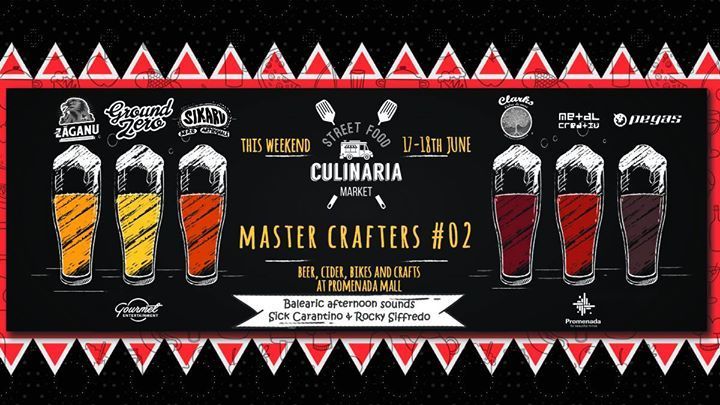 This weekend, on the 17-18th of June, Culinaria Street Food Market (Promenada Mall, Calea Floreasca 246B) is hosting the second edition of Master Crafters' weekend with the best artisan beer and cider, bikes and crafts. 🍔🍟🍻🍺

Zaganu, Ground Zero Beer, and Bere artizanala Sikaru are coming with their very own special blends of artisan beers, alongside Cidru CLARKS with their draught cider, perfect for a summer afternoon. Joining them, will be the renowned bikes of Bicicletele Pegas, and the awesome crafts of Metal Creativ.

Come and enjoy with us the celebration of our very own romanian Master Crafters, we’ll provide the food, the drinks and music.

What better way to spend your weekend afternoon than with some burgers, beer, and disco?

✦ Why?
For the love of street food, beers, disco, and crafts.