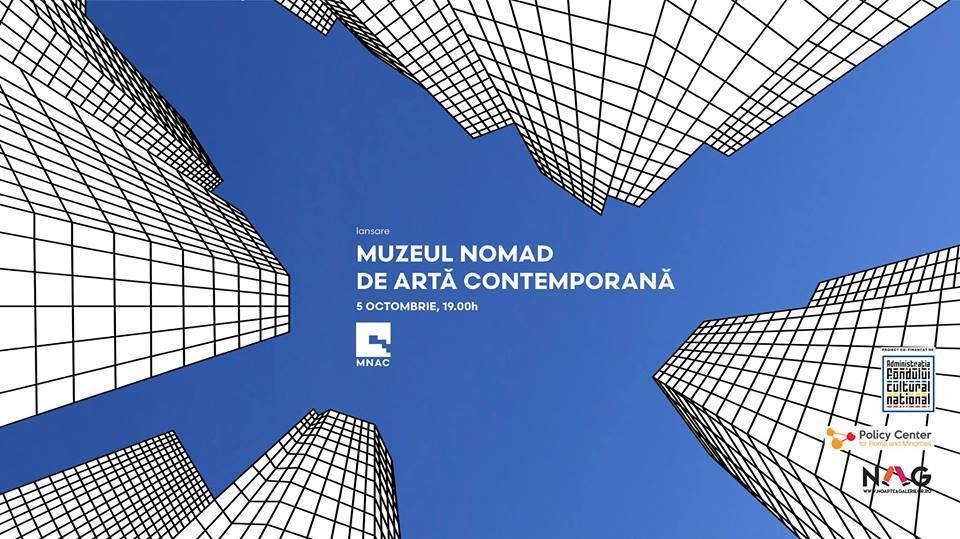 Openning of The Nomadic Museum of Contemporary Art

MNAC Bucharest curates an itinerant visual art exhibition on inequality in life chances and ethnic differences, a nomadic pop-up museum that will travel without return to big offices and workplaces following its launch in the frame of Noaptea Albă a Galeriilor - NAG.

This exhibition is offered by the museum to companies. Its participatory itinerary and the way it will be received by its public will also be documented.

The Nomadic Museum public exhibition at MNAC Bucharest happens only one time, as part of Noaptea Albă a Galeriilor - NAG, in the artists' presence, when PlayHood theatre group will showcase their “Friday” performance and Cosmo will perform a couple of percussion session that'll guide the audience in discovering the art works. Following the event, the Museum will be ready to travel to companies that aim to facilitate access to the arts to their employees, right within the offices where they spend more than 8hrs a day.

We suggest a moment of reflection upon the life that the majority defines as "the others", who are often misunderstood through prejudice, marginalized or ignored. At the same time, we launch a call to solidarity and a shift in organizational cultures towards socially conscious work ethic.

The Nomadic Museum of Contemporary Art is part of the Community Outreach Program that aims audience development by creating educational projects and art interventions in place dedicated to targeted publics. The Museum becomes an agora for debating themes that only through dialogue between the members of the society could be better understood by fighting prejudice.
The project is co-financed by the The Administration of National Cultural Fund (AFCN), through the financial line cultural projects II/2018, Visual Arts Section.
Developed in partnership with Policy Center for Roma and Minorities.