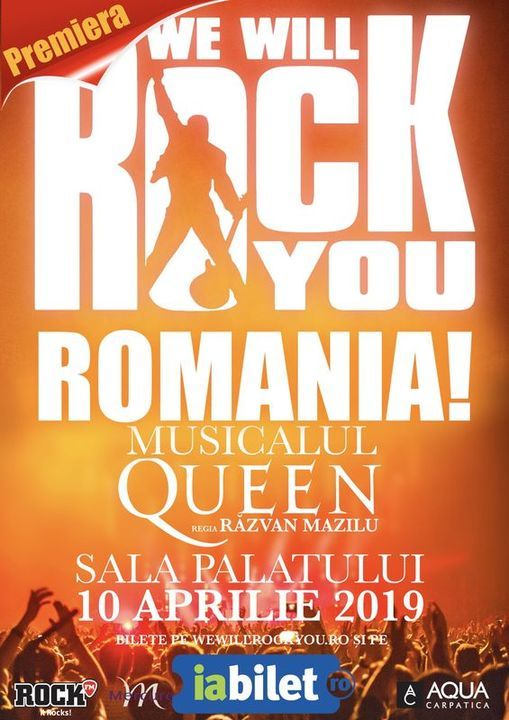 Queen Musical: We Will Rock You

The musical created by the band QUEEN and written by Ben Elton, a story about the extraordinary power of music and love in a world of the future, has been playing for 15 years with great success all over the world. For the first time in Romania "We Will Rock You", "We are the Champions", "Bohemian Rhapsody" and the other Queen superhits will be heard in the Romanian production of the musical that will be released in Bucharest in April 2019 in a sensational placement in stage directed by Razvan Mazilu.