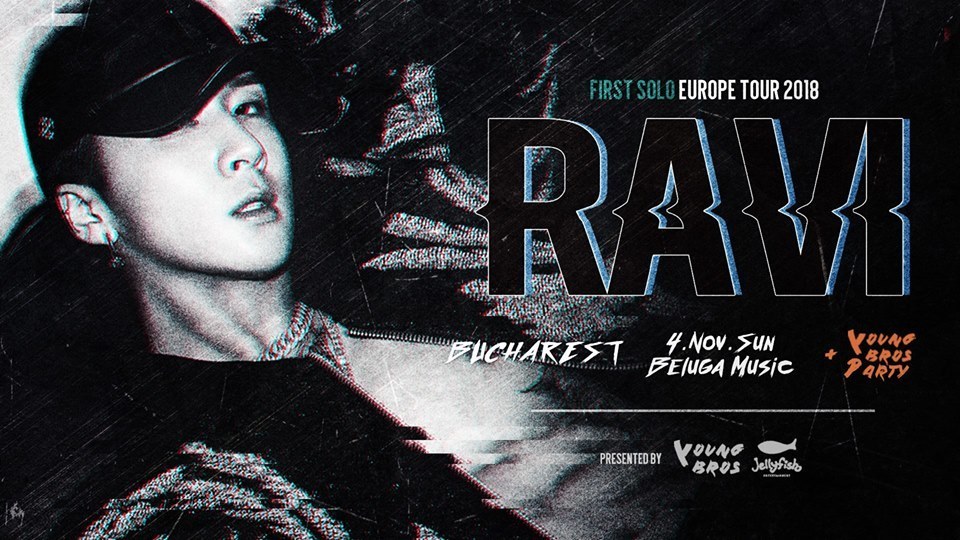 Coming to Europe, for his first solo tour, Young Bros is proud to present Ravi. The talented rapper, songwriter and producer from the idol group VIXX and sub unit VIXX LR. Ravi released his first single as a solo artist “DamnRa” in July 2016, then dropped his first EP “R.EAL1ZE” in January 2017. His video for the song “Bomb” brought a spotlight onto Ravi as a solo performer, reaching number 1 in the Gaon chart and hitting number 8 in the billboard “world album” chart. He then returned in January 2018 releasing 2 albums in the same month with RE.BIRTH and Nirvana working alongside artists such as Microdot, Donutman and Sik-k. His latest mixtape, K1tchen, came out on June 26th features the title track “FryPan” which recently released it's Choreography video, so make sure to check it out. Regardless of what side of Ravi you like, his aggressively catchy songs or his laid back mellow tracks, we think you will agree this is an event you just can't miss. Now, RAVI is coming to Europe for real stage to show why you do love him.