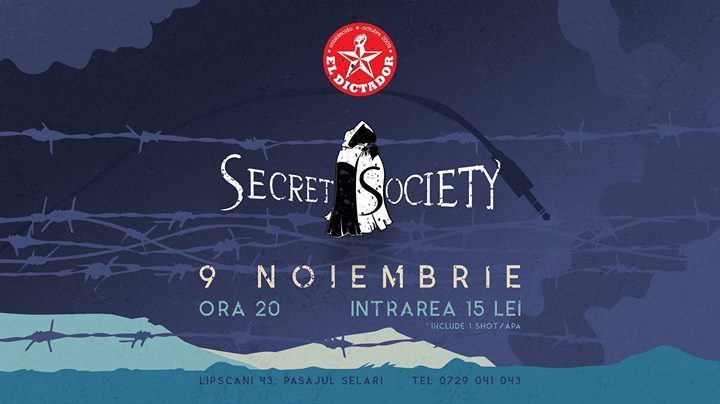 Secret Society is a rock band from Bucharest, Romania, formed in the spring of 2010. The band focuses mostly on writing their own material and its musical style is influenced by 70's and 80's rock bands such as Deep Purple, Pink Floyd, Bon Jovi, Guns N' Roses, Eagles, AC/DC, Europe. Secret Society's first album, "So It Begins...", was released on 27 September 2014.