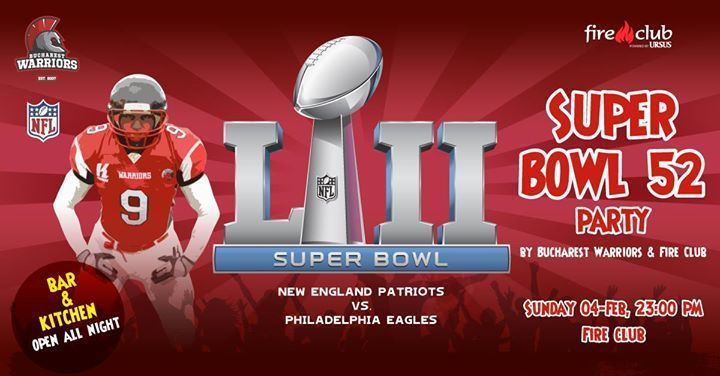 Super Bowl 52 Party
#BucharestWarrios and Fire Club invite you to the 10th Super Bowl party, the biggest sporting event of the year in the US.

The annual championship number 52, will be disputed this year between Philadelphia Eagles and New England Patriots on the U.S. Bank Stadium in Minneapolis.

On Sunday, February 4, starting at 23:00 PM, we gather in Fire Club the entire American football community, as well as advertising fans. We promise a great show, sprinkled with the most awaited commercials of the year and live shows with great entertainers such as P!nk and Justin Timberlake

From our kitchen, open until the morning, pizza, burgers, hot dogs and apple pie will come out at special prices.

We are waiting for you!