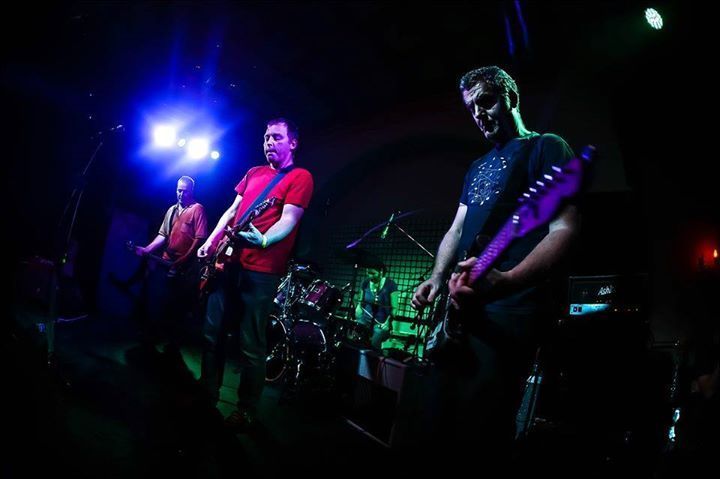 The Ex live in Control

The adventurous and inspiring Dutch punk/noise/jazz/whatever quartet have defied categorization ever since they started playing in 1979. Born out of the punk explosion, when anything and everything was possible, the band have still managed to retain both curiosity and passion for their music.
Using guitars, bass, drums and voice as their starting point The Ex have continued to musically explore undiscovered areas right up to the present day: the early 1980s saw collaborations with jazz musicians and an Iraqi-Kurdish band. In the 90s the group found a myriad of partners from varied musical and non-musical backgrounds including Kamagurka, Tom Cora, Sonic Youth, Han Bennink, Jan Mulder, Shellac and Wolter Wierbos. In 2002 The Ex set up a lively musical exchange with Ethiopia, which eventually led to two CD recordings and hundreds of concerts with the legendary saxophonist Getatchew Mekuria. More recently their 2011 tour with the specially assembled Brass Unbound bigband (featuring Ken Vandermark and Mats Gustafasen among other players) was a joyous 10 city blowout that brought their music to a whole new generation of UK fans.
After 33 years, more than 25 albums and around 1800 performances, the band continues to work as they did in when they began, completely independent of record companies, managers or roadies. Because of this ‘do it yourself’ work ethic The Ex is still a great example for other forward-thinking bands and musicians.

“An Ex show is a shared experience, they take the audience on a musical adventure to places no one has been before. They are the most interesting musical unit in the world today…Go and see the Ex and you will hear rhythms you have never heard before…a sweaty seething party, an uplifting, joyful celebration. They have brilliantly proved that playing music with this sense of wild-eyed fun and radical political edge and this adherence to all that was good and great about the positive politic of the punk and post punk period can actually fucking work” – The Quietus

“Once seen, a live performance by … The Ex is never forgotten. Imagine two men in short pants and army boots, guitars slung impossibly low, careering round the stage like demented dodgem cars, backed by a veritable arsenal of precision-honed polyrhythms” – The Wire