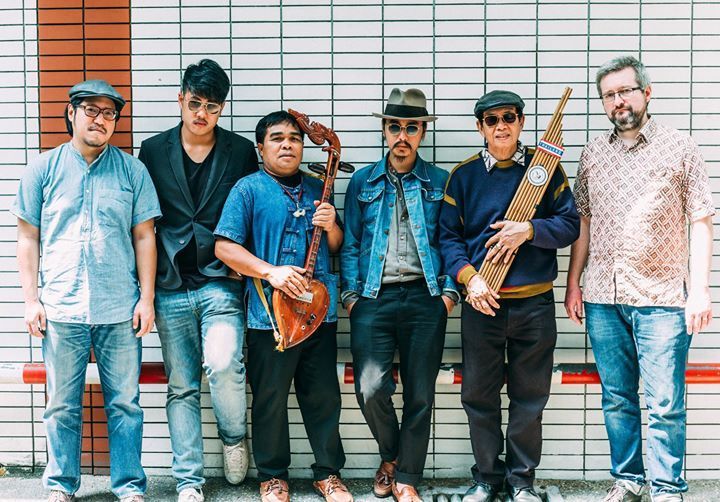 The Paradise Bangkok Molam International Band released their second record ‘Planet Lam’ on the Studio Lam Label on 21st October 2016. This follows on from their 2014 album ‘21st Century Molam’. Inspiration for the LP came from label co-owner Maft Sai’s club of the same name, a vibrant and unique live venue that has become a musical focal point for the city of Bangkok and thus, inevitably, had a large impact on the band. Late night jamming, copious amounts of homemade ya-dong, run-ins with the police, and the constant back-and-forth of creative ideas between like-minded local musicians and artists have all fed into the creative process, as well as regular sets from international artists and DJs such as Andrew Ashong, Miles Cleret, Rabih Beaini, Macka B, Awesome Tapes From Africa and Hugo Mendez, who have all passed through the city in the last 2 years.

Whilst molam is still the musical bedrock of their sound, the band found inspiration in a number of different groups while recording. The Stooges influenced the urgency and drive of 'India Chia Muay', whereas the ambient tones of Robert Aiki Aubrey Lowe, as well as the quiet menace of Raime can be heard on 'Exit Planet Lam'. The record was produced in Bangkok in around five days, including rehearsal time, and mixed with Nick Manasseh in London. If tracks weren’t nailed in two or three takes, they’d move on to the next one, to keep the pace flowing. Some of the writing even took place in the studio spontaneously.