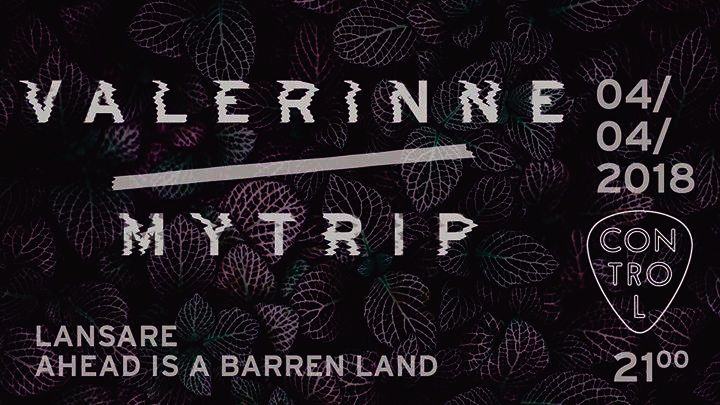 Valerinne’s music takes an organic approach to the post-rock genre. The compositions are ample and dramatic, almost soundtrack-like and evoke a wide range of mental images. The sound spectrum swings from dreamy and fragile to gloomy walls of noise and harsh brutal droning sound intensity.

Since then they have embarked on a European tour together with Bucharest ambient/drone band Environments, have shared the stage with Amenra, Rosetta, North, Environments, Atlantis, Maybeshewill, Tides from Nebula, Our Ceasing Voice, Stephen O'Malley and have played at the 2013 Dunk! Festival.

At the end of 2013 the band released its second album, Arborescent, which thakes the aesthetic of their first release further, yet sounds completely different.

In 2016 synths became an integral part of the band’s sound on their third album, Monumenta and the split EP with TAUUSK, Telemetry. The band is currently in the preproduction stages of their next album, Desire, due in 2018.

All of Valerinne's albums have been recorded live, mixed and mastered by Romanian producer Marius Costache, the first two at Next Dog Studio, and the following ones at Studio 148 in Bucharest.