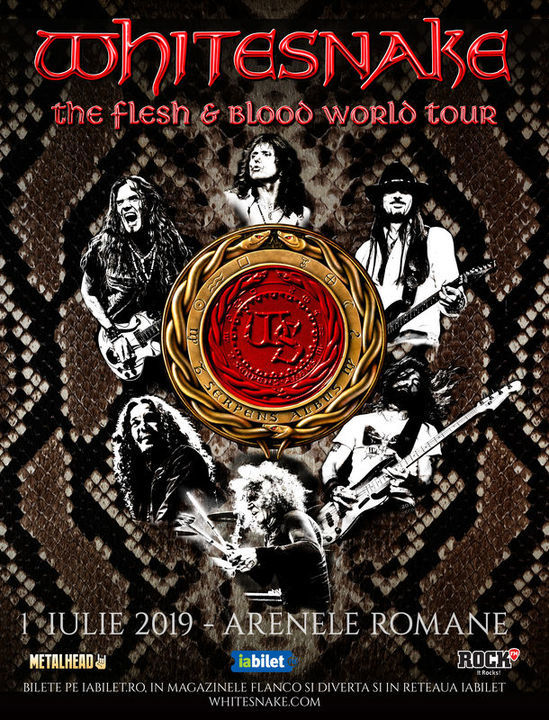 Whitesnake is a legend of classic rock, with activity beginning in 1978 continuing to date with small breaks in the 90s. The band's foundations were made by David Coverdale after the artist finished his collaboration with Deep Purple. Whitesnake is one of the standard bands of the so-called New Wave of Briths Heavy Metal. Whitesnake has released 12 albums, and next year, in 2019, it will come out on the market with a new 'Flesh & Blood' album. Of the 12 studio albums released, half of them received Platinum or Gold Discs. In total, Whitesnake can boast so far with 4 Gold Discs, 17 Platinum Discs and a Silver Disc.