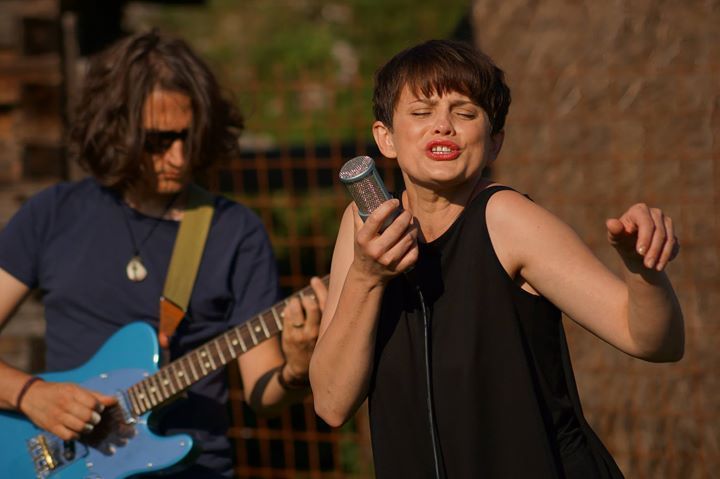 The Berlin-based band Zmei3 is made up of Romanian immigrants whose beautiful and heartfelt music rises from the harsh realities and struggles of a post-Communist rule.

The powerhouse voice of Zmei3 is Paula Turcas, a soprano opera singer who gave up classical music in the pursuit of a more truthful artistry grounded in the struggles of everyday life. Mihai Victor Iliescu on guitars is the driving force who created the band and the concept of Rough Romanian Soul. Their sound is made all the more unique by featuring vibraphone virtuoso, Oli Bott, for their lead instrument.

The band’s name is inspired by an ancient Romanian anti-hero, misfit dragon – a rebellious figure, who rarely prevails, but remains committed to his ideals.

Their debut album Rough Romanian Soul (out April 22nd, 2016 on Six Degrees Records) is produced by GRAMMY® award-winner, Ian Brennan, best known for his work with Tinariwen, Zomba Prison Project, Ramblin’ Jack Elliott, and the Malawi Mouse Boys. The album was recorded in august 2015, live without overdubs in the Transylvanian mountains.

The name of the album, Rough Romanian Soul is also the name of the new style that Zmei3 created. It is an ode to Romanian music entrenched with a deep history of regional blues and soul, as well as the inherent spirituality of their work. A new aggressive style, mashing up blues and soul with influences of jazz, avant-garde, and folk with introspective topics and emotive soundscapes.