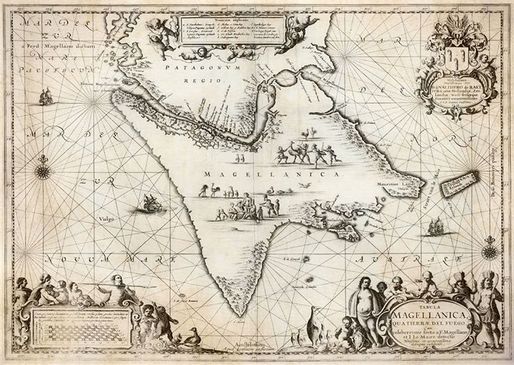 Explorer Fernando Magellan crossed the strait in South America, which today bears his name, arriving in the Pacific Ocean, becoming the first European to reach the Pacific crossing the Atlantic.
In his long and adventurous journey, which began in Spain in 1519, our navigator stoped in numerous important harbours, such as Rio de Janeiro, Rio de Solis, Marianas Islands, Brunei, Timor, Cape of Good Hope and the Canary Islands, places where history was written and also places that have made their mark in european culinary culture. At each stop, Magellan and his crew discovered new spices, flavors, tastes and traditions that they very much enjoyed and cherished and so, they brought them back on the boat and then back to Spain.
Just like the portuguese navigator, Magellan's restaurant, embraced refined, exotic preparations and intensely flavored innovative dishes. You'll find in every course a special ingredient or preparation manner that tells a story.
Start your culinary journey at Magellan's restaurant!