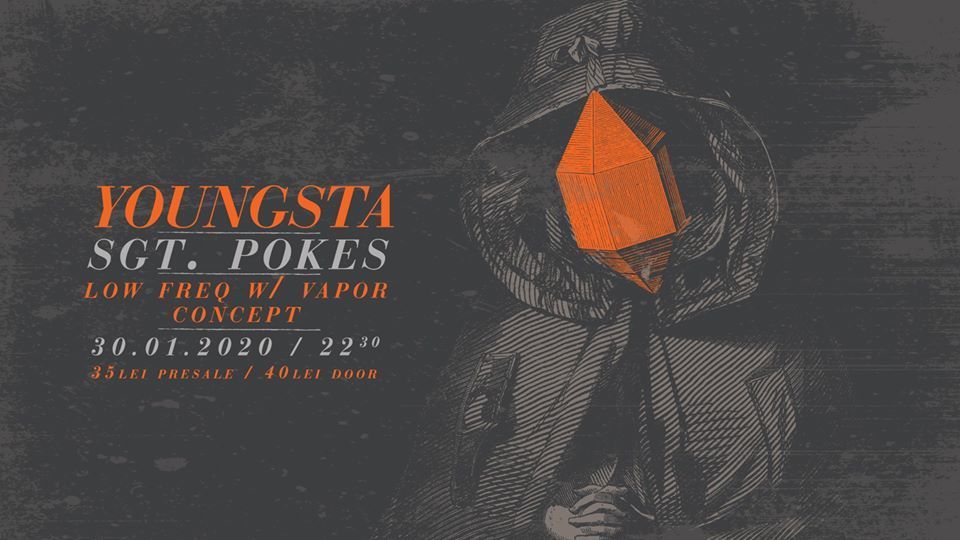 As one of the pivotal figureheads in dubstep since its inception, Youngsta has spent the better part of his life dedicated to the genre; from picking up DJ-ing at the age of 12 and working at the influential Black Market Records to putting out some of the dubstep's earliest records and playing at scene-defining club nights FWD>> and DMZ as their resident DJ.

Youngsta’s career within dubstep spans as far back as the creation of the genre itself, as he first played some of the genre's most beloved and historic anthems while rubbing shoulders with the likes of fellow pioneers such as Skream, Benga and Hatcha.

Fast forward from his earlier days helping shape and mold the core of the dubstep genre itself and Youngsta only continues to play a hugely active role in dubstep's current development. With his frequent appearances on Rinse FM, releases on Tempa, Osiris and Wheel & Deal and the creation of his own imprint, Sentry Records, Youngsta is constantly seen solidifying his rightful place as a figurehead for a new generation of producers. It’s clear that Youngsta’s enthusiasm for the music hasn’t flagged after all this time immersed in the dubstep scene, as he’s continued to push his sound forward.

If there’s one constant voice that’s navigated us through dubstep’s murkiest lows and maddest highs, it’s Pokes. The Sarge to you and most. Croydon born and bred and a founding member of DMZ, head of Croydub and official MC for Skream and Magnetic Man, Pokes’ prints are all over the genre’s genus, consistently supporting the sound, bringing the community together for almost 20 years.

Mc Vapor ( Basska )
Vapor is the on-stage embodiment of Theo, born and raised in Bucharest. He is an underground rapper that burst on the scene alongside hip-hop-reggae-ska-dub-rock-and-more band, Basska. They joined the "Culese din Cartier" crew, and are getting ready for their second release.
You can't really find Vapor on social media, but you can follow Basska.

Concept ( SubGiurgiu )
Born and raised in Bucharest, Concept discovered dubstep somewhere in 2012 while he was searching random drum and bass music on YouTube. He remembers stumbling across some Kaiju tracks which led to Distance, Loefah, Mala and so on. Switching to a full-time “basshead” led him to attend Outlook festival in 2015 and 2016, where he has experienced the sound system culture and made him notice the value of a proper system rig in any event ever since.
He is quite a perfectionist when blending tracks and he is always searching to achieve particular moods that are not easy to anticipate on a dancefloor. His sets are always carefully crafted on vinyl.