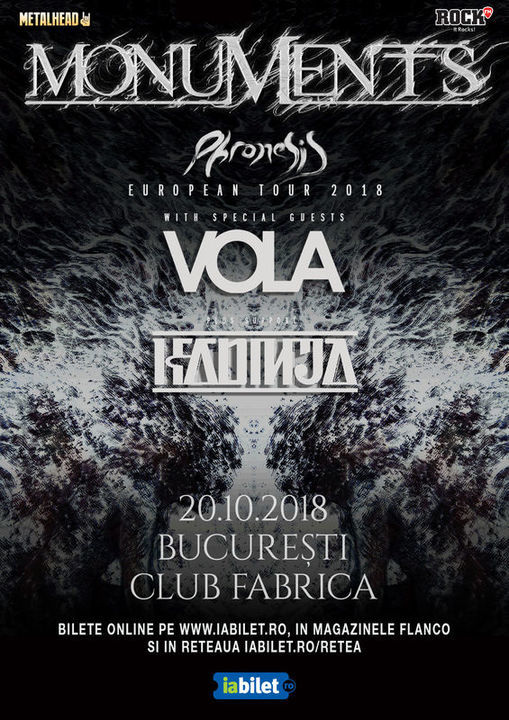 Monuments and Vola performs in Bucharest on Saturday, October 20 at Club Fabrica, in an exclusive show with only 350 tickets on sale. In the opening will play the band of progressive metal from France, Kadinja.

Monuments come from the UK and approach as Progressive Metal. The basics were released in 2007 and only 5 years after launch they signed with Century Media Records. It was followed by the release of the first album, 'Gnosis', and a tour with Born of Osiris and After the Burial.

In 2014 they released a new album, The Amanuensis followed by appearances at top festivals such as Download. In October he will release the Phronesis album, the third material of the British.