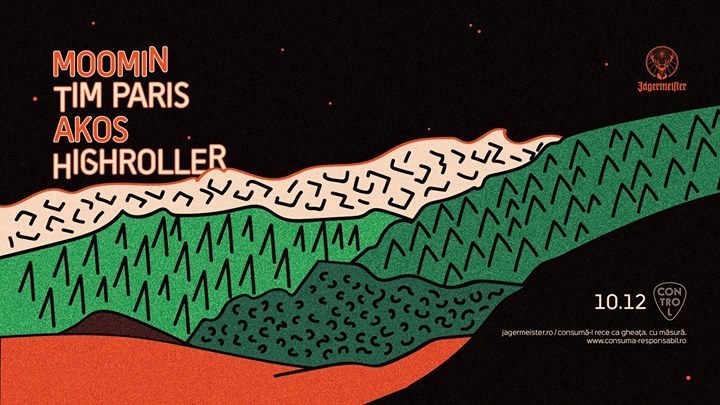 MOOMIN
Sebastian Genz (aka Moomin) defined his musical career by crafting subtle, yet effective, deep house. In the early '90s, Genz was dedicated to collecting hip-hop records. By 1995, and with a growing collection, he started to DJ in his hometown of Kiel, Germany. Around the same time, he began experimenting with music production, using a simple DOS program known as Fastracker. He gradually incorporated more hardware into his methods, including an MPC to sample the old jazz, funk, and hip-hop records he had acquired. Eventually, Genz became disenfranchised by the German hip-hop scene, transitioning to house music instead. The change in genre called for a change of location, so he migrated to Germany's creative capitol, Berlin. Over a decade later, in 2010, Genz released his debut EP via AIM; he wasn't as concerned about the long wait for his debut as he was about creating it. The EP received positive reviews, causing German label Smallville Records -- with a roster including Move D, Christopher Rau, and label founders Smallpeople -- to reach out to Genz. They urged him to release a full-length album, resulting in 2011's The Story About You. Genz's production style fit perfectly with the Smallville ethos of understated and thoughtful house, creating a close relationship with the label in the years that followed. After the success of his debut full-length and a string of EPs, Smallville encouraged him to release another Moomin album, resulting in 2016's A Minor Thought.

TIM PARIS
When Tim Paris surfaced from the primordial Parisian scene in the early 2000s, cartwheeled athletically on to dry land, gulped from the sacred elixir of electronic music and laced up his disco boots, he knew he had his work cut out for him
His original productions range from the jaw-droppingly original (It’s a Fine Line – Woman), to the heartbreakingly sublime (Tim Paris – Outback, Stones & Vinyl), and his remixes (Silicone Soul; The Xx; Telepop Musik; Tiga) reflect his unique musical position. Nestling somewhere between the sideways slant of a sepia Sunday morning and the electrostatic seduction of a Saturday night, Tim has carved out a cultural niche that is his, and his alone.
Tim’s collaboration with ex Black Strobe bohemian Ivan Smagghe, It’s a Fine Line, has borne fruit, after fruit, after juicy fruit. Their trademark is a disorienting blend of the mechanicaland the digital, and over a dozen releases in, their partnership shows no sign of decay. It’s a Fine Line summon gently demented deviance from the bellies of both of their beasts, and it scorches anything in sight.

Akos & Highroller
Eclectic sounds, energetic beats and a positive vibe are the words that best describe the series of events mark Stereotype Bizarre.
A project from Cluj Napoca activating since 2014, has residents members as Highroller (Adi Tescan) and Akos (Akos Vincze), who have managed to get noticed by offering musical sets as diverse a musical journey from disco to house, techno and experimental music.